​A recipient of the prestigious AIIS Performing Arts Fellowship, Jay has performed to great acclaim for audiences across the globe, enthralling audiences in India, Europe, Africa, the Middle East and North America.

Come one, come all, to Navatman's white elephant stall!

Folks had chai, browsed rare books and CDs, and enjoyed a memorable performance overflowing with Krishna's mischievous antics by our very own dance company. It was a wonderful afternoon where our halls were filled with lights, festivities, joy, and warmth.
Lunar Celebrations: Navaratri/Diwali Raas Garba
November 9, 2013
Supported by: Bollywood Funk NYC ~ Saavn ~ SALGA NYC ~ AID NYC

The event of the season came back with a vengeance, with over 250 people coming together with Navatman to celebrate three years of Indian classical dance and music with some drinks, dinner, and of course, raas-garba dancing!
Vidhya Subramanian: Bharatanatyam Solo
October 18th, 2013

Kishore Garu gives a week of inspiring intensives in the Vempati style of Kuchipudi. Look out for his return in 2014!
Bhinna Pravaaha: Rajika Puri
October 6, 2013

If you had one chance, what stories would you tell? This series touches on Rajika's journey through the Indian classical arts field through Sutradhari Natyam, an evening of danced stories from Indian and Greek myth.
Drive East: A Journey Through Indian Dance and Music
August 19-25

A little bit of December in August

We all love the December season, with its excitement, energy, and passion. Look out: we'll be garnering some of that energy will be here in August.  Founded by Navatman, the actual program is run by a group of South Asian Performing Arts organizations including co-presenter IndianRaga and artists who have come together in NYC to invigorate the Indian classical arts through this festival. We showcased over 60 artists during  a 1 week period, featuring classical and classically inspired Indian music and dance in full length kutcheris/mehfils (concerts) and got rave reviews from the NY Times, Financial Times, and other major publications.

Featuring over 100 of its students, Navatman closes the year with a bang with a huge collaborative student showcase. This year, we even got a special recognition for our work from the Senator's office and India Abroad wrote some lovely notes on the show!
Make Music NY Concert at Central Park
June 21, 2013

With three artists from 4-8PM (Falu, Taalim School of Music on tabla, and Samarth Nagarkar), a magical afternoon in Central Park comes together courtesy of Make Music NY and HarmoNYom in association with Navatman.
Ragas Live Festival with WKCR
June 13, 2013
Kathak Workshop with Rajendra Gangani
May 29 and 30, 2013

Navatman was lucky to have the kathak maestro Rajendra Gangani join us for a small, two day workshop. We hope he returns soon! 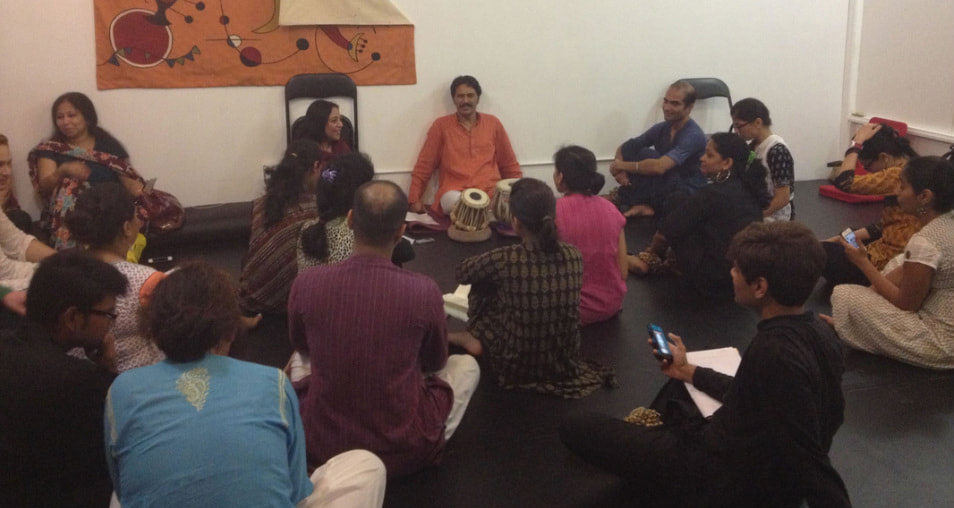 Odisha Dance Academy - in collaboration with Trinayan
May 24, 3013

The Odisha Dance Academy came to New York City for the first time and blew audiences and critics away. A standing ovation and an incredible press review made for a wonderful event! Press review: http://www.nytimes.com/2013/05/27/arts/dance/orissa-dance-academy-at-ailey-studios.html?_r=0
INTERschool student showcase
May 19, 2013

Pradhuman is back with his intensive, open level kalaripayattu class.
Sankara
May 18, 2013

This incredible percussion ensemble featuring Subhash Chandran, Ganesh Kumar, and local favorite Akshay Anantapadmanaban (amongst others) came to NYC and received not one, but TWO standing ovations!
(Video below from PASIC, not a Navatman show).
Lavanya: Beauty of Fusion
Hosted by the Navatman Youth Board
April 27, 2013

Melding contemporary and classical forms of music and dance, the Navatman Youth Board (comprised of students from Columbia and NYU) tries its hand at fusion!
Kalaripayattu Workshop with Pradhuman Nayak
April 21, 2013

The incredible Kumudini Lakhia - who broke the rules so we could experiment, explore, and push towards new horizons in kathak - participates in our Bhinna Pravaaha series. The question is, "If you had one chance, what stories would you tell?" Kumidini's incredibly heartfelt talk and Sanjukta's performance combined into a powerful experience -
Odissi the Nrityagram Way: Workshop
April 9, 2013

Navatman collaborates with Trinayan for an introduction to Nrityagram's style of odissi in this sold out workshop. 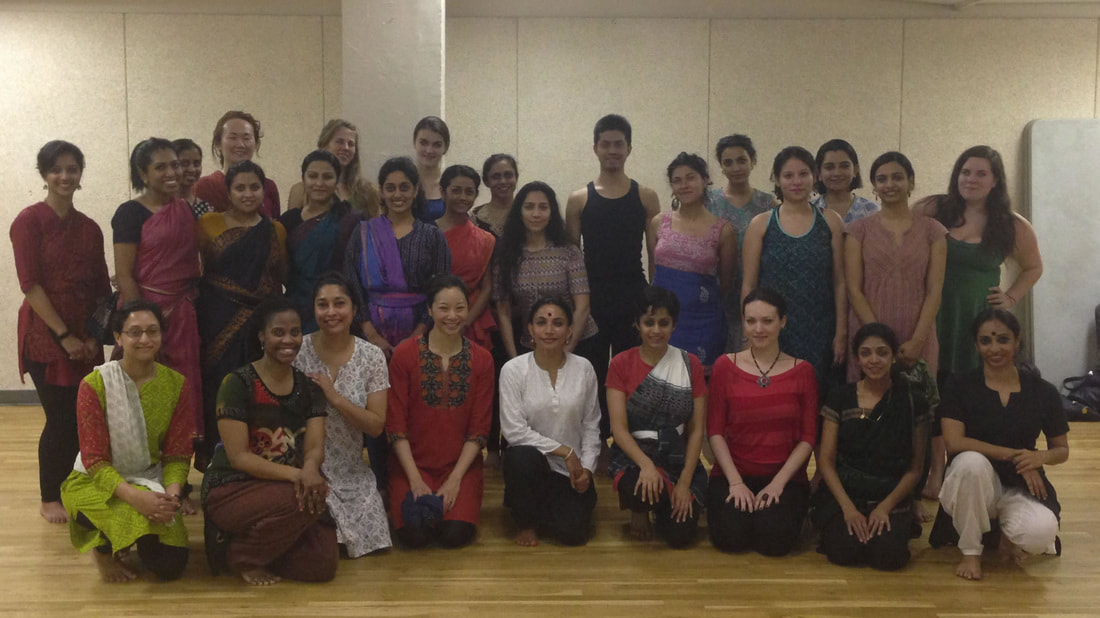 With another sold out concert, this brunch performance started of Malini Srinivasan and Dancer's tour and brought out memorable performances by them, Taiis Pascal of Trinayan (odissi) and Barkha Patel of the Rachna Sarang School of Dance (kathak).
Fundraising Concert by Sophia Salingaros
February 18, 2013

This dynamic student of Dr. Sreedhara Akkihebbalu was a Young Arts Finalist in Bharatanatyam at the National Young Arts Foundation Week in January of 2013 in Miami, Florida.
(Please note that the below excerpt was shot there, and not at her Navatman Concert)
Samarth Nagarkar (Hindustani Vocal) in Concert
Opening Act with Anupama Komaravolu (Veena) with Special Guest Act!
January 26, 2013

With a packed hall in our new space, this concert was one to remember and started off our New Year just the way we had hoped! Samarth Nagarkar was accompanied by Anirban Roy Chowdhury and Rohan Prabhudesai, Anupama Komaravolu by Sridhar Shanmugam and Sabari on the mridangam.